Christ Lutheran Church has paid staff and many volunteers who give their time, talent and spiritual gifts. 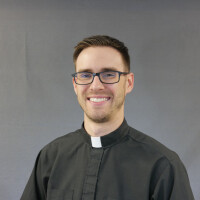 Pastor Wes received a Bachelor of Arts in Religion/Religious Studies from Susquehanna University in 2010 a Masters of Divinity from Princeton Theological Seminary in 2013, and a Master of Sacred Theology from The Lutheran Theological Seminary at Philadelphia in 2014. He has served in his first call for 3 small churches in south central Pennsylvania.

An active church musician and teacher, Brunkhurst has had the opportunity to be a part of many fine music programs in and around Indianapolis.  He comes to Christ Lutheran Church from The Episcopal Church of the Nativity, Indianapolis, Indiana, where he oversaw all musical aspects of the parish. Brunkhurst works with the Indianapolis Children’s Choir, working with children in third grade through high school and also teaches Middle School Music at St. Richard’s Episcopal School, Indianapolis, Indiana.

In his free time, Ryan enjoys cooking, antiquing, and spending time with his dachshund, Scarlett and cat, Jackson. 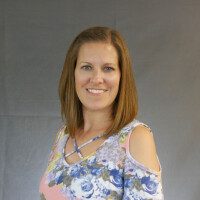 Julia has served at Christ Lutheran Church since December 2011.  She earned a Bachelor of Musical Arts from DePauw University in Greencastle, IN and a Masters Certificate in Non-Profit Management from IUPUI. From 2004-2010, she worked at Paige’s Music, managing Indy Flute Shop and from 2010-2011 she was the Operations and Education Manager at the Indianapolis Chamber Orchestra. Julia grew up attending an ELCA Lutheran church in Cincinnati, OH. In her free time, she enjoys spending time with her family, playing flute, running, camping (glamping), and crafting. Julia and her husband Brad reside in Zionsville with their sons, Oliver and Noah. 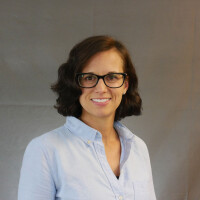 Laura Hartman has more than ten years of experience in non-profit management. She has most recently worked in the museum industry where her efforts were focused on member acquisition and retention. Laura has also worked for an international trade association and served as an English teacher in South Korea. In her free time she enjoys gardening, browsing antiques, trying new restaurants, and spending time with her family. She is a New Jersey native who now proudly calls Indiana her home. Laura has a BA in telecommunications and a minor in business from Indiana University.

The Mission Ministry Leadership Team includes many leaders that help support our ongoing efforts to engage our members and serve the community.